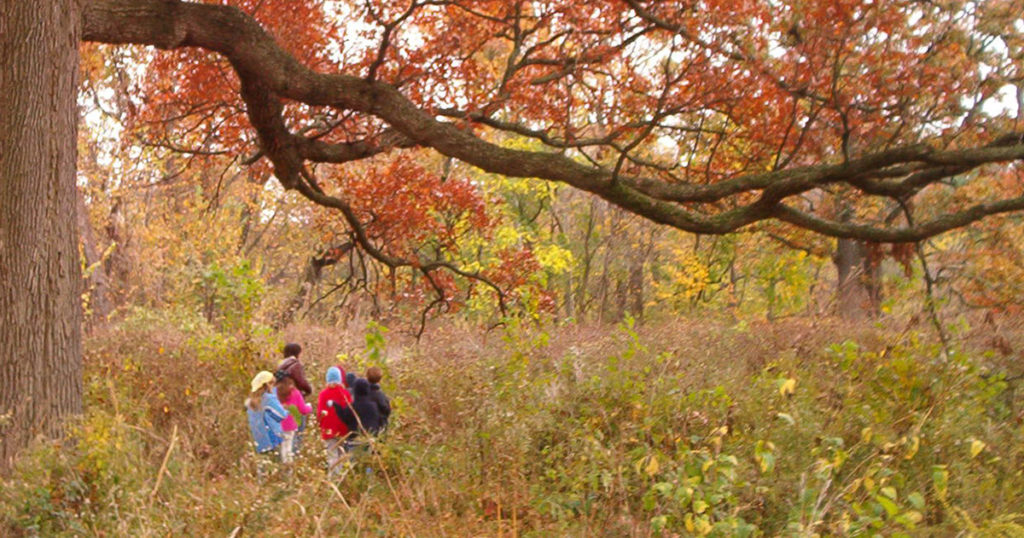 Rebuilding native ecosystems and facilitating that experience with others is a wonderful way to connect with the more-than-human world. Working with nature brings us back to awareness of the inner self – that highly motivated, energized and potent consciousness living in the timeless present, who so wants to infuse our ordinary waking self with soulfulness. Our inner self is deeply connected to the natural world and is particularly reflected by diverse, high quality nature. So when you work to create it, and clear the inner pathways of limiting belief-debris, you’re going to get blasted with divine source vitality!

It begins with planting a diversity of native plants in groupings similar, but not limited to, historic patterns, which here in Missouri, are prairies, oak savannas, woodlands, and wetlands. A restored or reconstructed ecosystem containing abundant biodiversity is rare and worth the effort. Only native plants support food webs, which are generally based on birds and bugs. Almost all mama birds, even those that are seed-eaters, need caterpillars to feed their babies. Sorry to inform you folks who love landscaping with exotic plants from all over the world, your yard does not support food webs and in fact may diminish them when seeds escape and invade surrounding open space. A native oak might host several hundred species of caterpillars, an Asian Bradford Pear, almost none.

There is a responsibility that naturally emerges when you re-weave the web of life. It’s a co-creative experience that summons awareness and a nurturing consciousness for the place. Knowing something about it and being immersed in it, builds deep relationship. Inviting native plants back into your landscape is like having a party. Each brings it’s own personality, and if you are lucky, some rare ones will accept your invitation and substantially liven things up.

Here’s an example of high quality ecological restoration in St. Louis’ Forest Park. Within the park, Kennedy Forest is perhaps the wildest land. Eighteen years ago, KWAG (Kennedy Woods Advisory Group) hired me to coordinate volunteers who gathered native seed from regional roadside refugee remnants and together, amid 5 acres of ancient, open grown oaks, we reconstructed our best guess what a native oak savanna, (a grassland with scattered trees) might have been like. Incidentally, of the 27 to 32 million acres of original oak savanna in the Midwest, NO EXAMPLE of high quality, deep soil savanna remained! 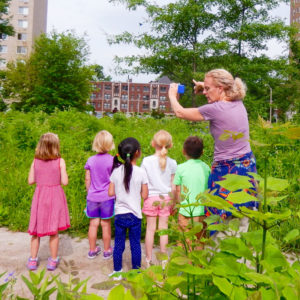 This is where the new story begins. Re-storying the landscape is what gives it cultural meaning. We drummed and chanted that savanna into being and the following year, we were blessed with nesting indigo buntings for the first time in 20 years of monitoring in the park. They are wonderful sparrow-sized birds that spend the winter in Central America. The males are a beautiful blue and sing their hearts out from dawn to dusk. I love to bring groups of children there in the summer and very occasionally, play their song on a cell phone, which usually results in the male charging in to challenge the intruder. It’s a jaw-dropping experience. In addition, I like to give the kids nets, and encourage them to try and catch one of the big yellow cloudless sulfur butterflies common in the savanna, thanks to their host plant, wild senna.

Many of the wildflowers and grasses have stories as well. Seeds were gathered nearly two decades ago from occasional, small refugee populations clinging to survival in narrow roadsides between thick, shady forests which where once open savannas or prairies, and the intensively managed road ditches. Those plants contained the biological memories of our unique location and most of them are gone now except for the documented populations in our Kennedy Woods Savanna.

“Restorationists are part of the most important environmental movement in history. Ecological restoration evokes emotion, speaks of optimism, and involves an act of imagination and power”

I was at a conference in 1998 and wrote those words down as Bruce Babbitt – the Secretary of Interior – spoke them. The remnants of native ecosystems scattered among our extensive development have been neglected, degraded, and swamped with exotic invasive plants resulting in a substantial loss of biodiversity. However, more of us than ever are embracing our role as caretakers and co-creating rich native landscapes even in our urban and suburban yards. It can’t help but be a soulful act and that’s something worth celebrating!