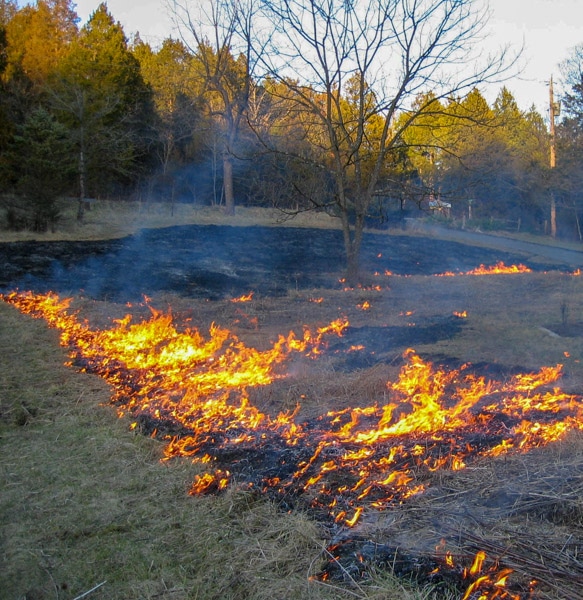 Fire appears to me like a wild animal. It is a living force that eats, breathes, moves, grows, and reproduces. If you treat it with respect, understand its behavior, and never underestimate its power, you may then be a worthy partner. – Gary S. 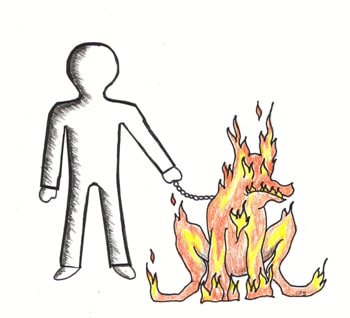 For thousands of years, man and fire have worked together to produce a variety of North American ecosystems, rich in a diversity of plant and animal species with population numbers scarcely imaginable today. Early European settlers assumed that these ecosystems were “natural” and maintained themselves with little or no human influence. They were actually more interested in transforming the landscape to something more familiar and comfortable, like pasture and cropland, and quickly introduced European invasive plant and animal species. Unfortunately, the mistaken belief that “pristine wilderness” can sustain itself in an optimal condition, containing maximum biodiversity, without intentional human maintenance, has contributed to the decline in quality of many remaining natural areas. High quality nature, at least in much of North America, relies on people to help initiate the processes that maintain it, and the conscious partnering with fire is a most valuable tool.

Indigenous people unleashed fire to consume dry vegetation, thereby minimizing the possibility of catastrophic wild fire.  Periodic burns kept the woodlands open by reducing tree seedling dominance. Fires also promoted re-growth of usable plants, allowed increased visibility, made for easier movement, and attracted wildlife. Following European settlement, the open woodlands, prairies, and savannas (grasslands with scattered trees), vanished with the suppression of fire and changes in land use practices. So rapid was the disappearance of these native plant communities, that they were almost completely gone before much was known about them. Fortunately, in the past 50 years, the practice of ecological restoration has been blossoming and serves as a valuable framework for people to re-negotiate a “giving-back” relationship with nature.

A publication called Midwest Oak Ecosystem Recovery Plan, A Call to Action, cites one of the best remaining examples of open woodland and savanna at the time, as the Walpole Island First Nation. This area has always belonged to native people who maintain a spiritual relationship with the land and living things. Part of this relationship involves periodic controlled burns on the landscape. In the mid 1980s, the Ontario Ministry of Natural Resources began an inventory to assess plant and animal species present on the island. They found over 800 species of plants with 96 of them rare in Ontario. In addition, 92 species of birds were confirmed as breeding, 26 species of reptiles were found, 5 of them rare, and 24 species of mammals were recorded. The survey team also located 59 species of butterflies, 3 being rare and 2 threatened.

According to anthropologist M. Kat Anderson, when Native American elders are asked why plants and animals are disappearing, they invariably say that this phenomenon, along with other examples of environmental degradation, are signs that humans have relinquished their responsibility as caretakers. Without constant involvement with nature, we have lost the practical knowledge for correct interaction.

What is lost can be found, what has been forgotten, can be remembered. This crust of surface consciousness which allows such rampant disregard, has only solidified in the relatively recent past. Beneath it is a well of biological memory and innate knowing. Our challenge is to fearlessly bring broader, deeper, subjective experience into ordinary waking consciousness and act on those insights.

Just over two decades ago, when we acquired our old log homestead in the subdivided creek valley that we call Earth Mirrors Meadows, the land was a horse pasture of European fescue grass. Now it is a richly abundant native prairie-wetland-savanna-woodland complex, derived from the seeds of wild refugee populations clinging to survival along roadsides and field borders. Within the abundant native plant communities, lives a diversity of wild creatures, insuring that the landscape remains one of my most powerful teachers. I carefully attend to this more than human world and look forward with great anticipation, to the cold winter days when I will partner once more with my friend, Fire. 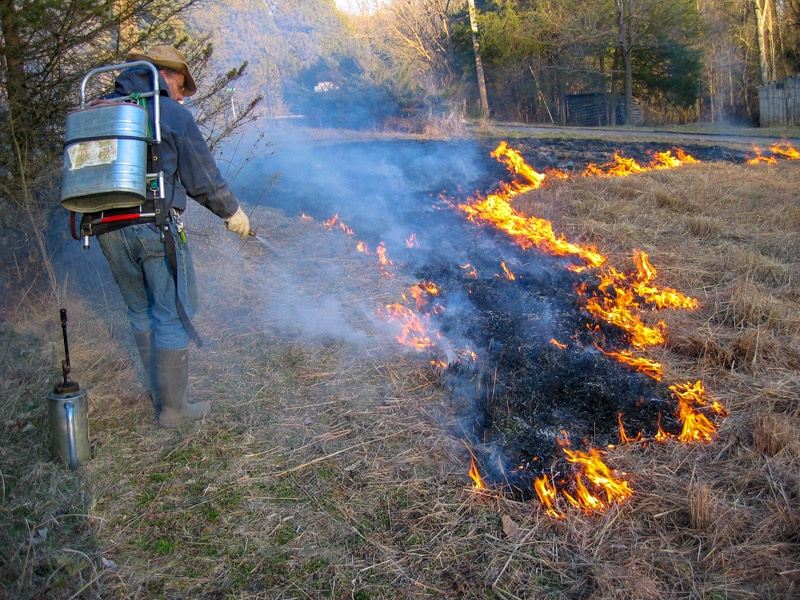 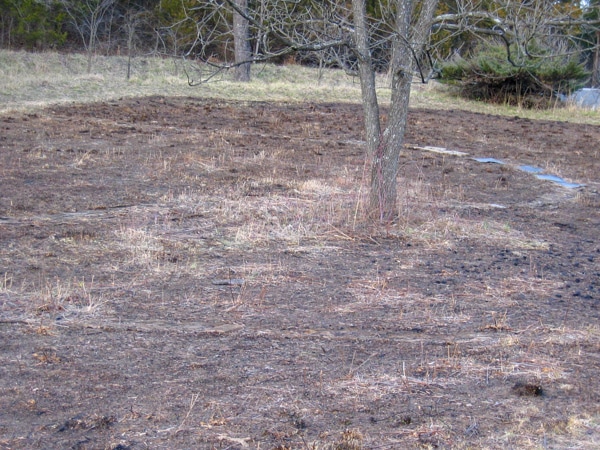 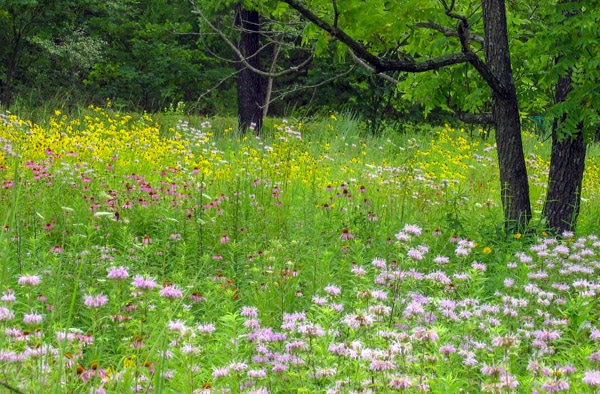 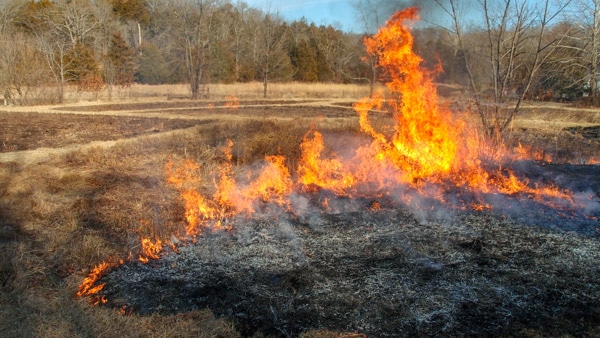 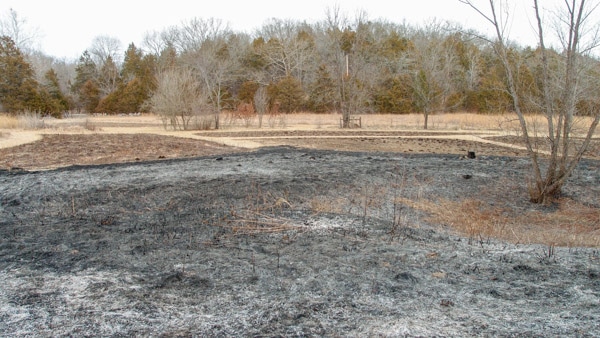 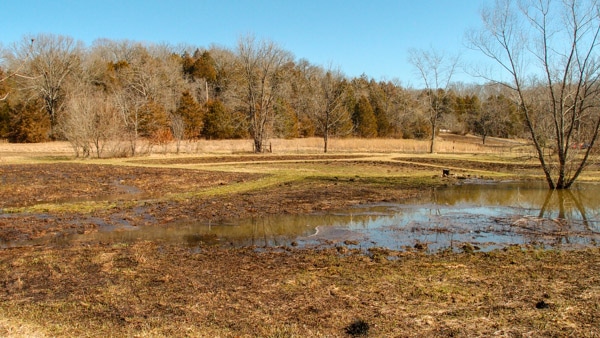 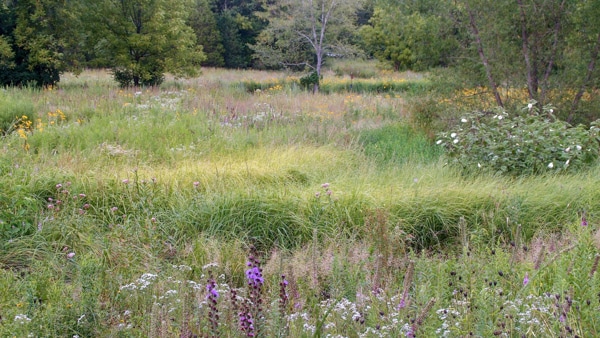